Ever-evolving invader: The emergence of SARS-CoV-2 B.1.617 variant in India 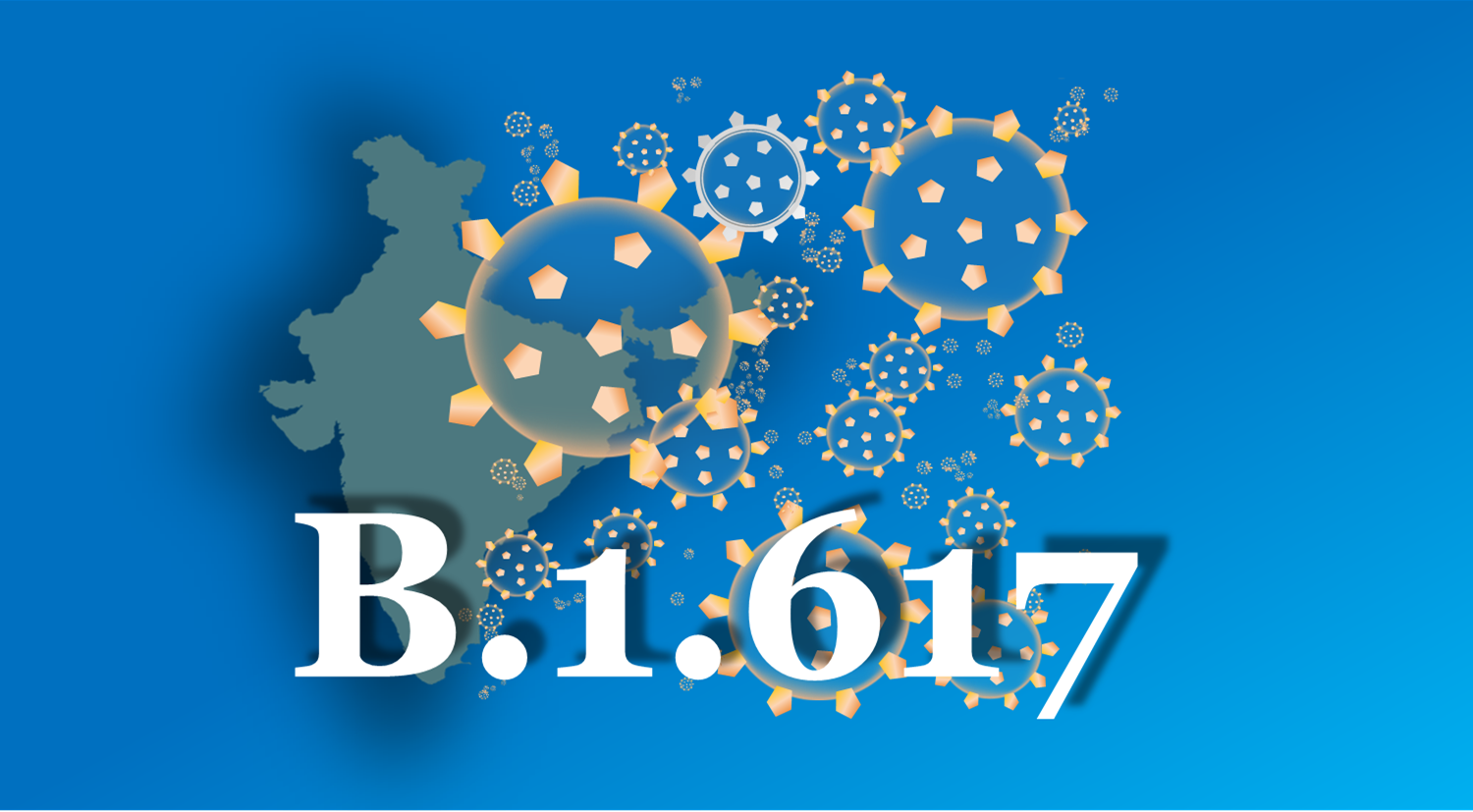 Now why does this matter? Our arsenal against the SARS-CoV-2 contains many tools based on its RNA sequence (a string of chemical letters). From the RT-PCR testing for diagnosis, to sequencing (the technology that identifies the composition of genetic material) that allows tracking of variants across geographical locations, to designing of RNA vaccines, it is crucial that we understand how the virus is mutating. These mutations (chemical changes in the RNA) can also make the virus more resilient in escaping our immune system, make it more infectious or even lethal. Conversely it is also possible that once in a while virus variants may arise that are weakened forms of the virus itself.

In December 2020, different scientific departments of India came together to set up the Indian SARS-CoV-2 Consortium on Genomics (INSACOG) which aims at identifying variants of concern through sequencing of the SARS-CoV-2 RNA. The sequencing of SARS-CoV-2 RNA can also help us build a sort of geographic map of spread of a particular variant. For example, from a sequencing based study in September 2020 from 303 viral isolates in South India, one could see how the viral transmission had probably started from a single outbreak site and spread from there on. This study also showed that this type of virus is uniquely found in India. The study did not expect this viral type to pose any additional danger than the viral types present elsewhere, at that point in time[1]. Since 2020, sequencing data from thousands of viral isolates all over the world are being shared by researchers. Apart from mapping the spread, this data collection has also allowed researchers to draw a family tree of sorts for the virus. This tree of viral isolates reveal how similar and different they are from the ones first identified in Wuhan. The more similar viral isolates of this tree usually arise from a single geographic location and are grouped together into a "lineage".

In March 2021, INSACOG identified a variant which was not reported elsewhere in the world[2]. This had two changes in the string of the SARS-CoV-2 RNA sequence which are thought to make it a variant that needs close monitoring. This variant of the SARS-CoV-2 which arose in India is now termed as the B.1.617, according to the naming criteria of this subtype of the virus, that is, its lineage[3] (earlier had a misnomer of “double mutant”). These changes directly impact a protein the virus carries, called the spike protein, which is like the ‘key’ the virus uses to enter human cells by attaching to 'locks' called receptor proteins. The spike protein is therefore very important for vaccine development and therapeutic drug development. Any change in the RNA that can affect the spike protein can lead to how the viral transmission progresses, and how the human immune system reacts to the virus. Some changes in the spike protein will make it a better 'key' thus making the virus a more ferocious invader and causing a stronger infection. The human immune system also identifies the spike as the trait of an invader, raising fighting molecules against it called antibodies. These antibodies stick to the spike protein and disable the 'key' function, and weakens the infection by the virus[4].

This trait of the spike is also exploited in the vaccine development against SARS-CoV-2. In a nutshell, without the virus, if we put in only the spike protein into the body of a healthy individual, the body will still think of it as an invader and mount an immune response. This will also prime the body to make a 'memory' of this invader and be prepared the next time the same invader comes in. That is why when we take a vaccine, we have mild symptoms, during which our body learns to fight and create a memory, and when we are actually infected with the germ, our system is well-prepared to fight it off. Researchers have tried to analyse the traits of the spike protein for better designing of vaccines[5].

There are a total of 15 new mutations in B.1.617, six of them leading to alterations in the spike protein, which can increase its capability to infect and multiply faster. Together these changes have increased the infectivity of the virus, that is, its ability to jump from one human host to the next has become much easier[6]. A change in the B.1.617 RNA sequence causes an alteration in the spike protein (called L452R) that lets it evade the antibodies. This change also arms the virus for better entry into human cells, because now the ‘key’ or the spike protein has a better fit into the locks of human cells[7]. The second change (called E484Q) is at a site in the RNA sequence known to accommodate changes in already documented virus variants of concern. This second change also confers ability of immune evasion to the virus and a better fit or binding of the spike protein to human cells, making this variant probably more capable of immune escape than variants with only L452R change. Studies are yet to be conducted to understand the extent of damage the B.1.617 variant can cause in the immediate future.

In the last few weeks since the detection of the B.1.617 variant, through the efforts of INSACOG it can be seen that this variant now is one of the predominant virus types in at least some states of India. Experts also speculate that it is this variant of the SARS-CoV-2 which has led to the sudden surge of COVID-19 cases in India, which has seen 2 lakh plus daily new cases this week. First detected as a rising variant in Maharashtra in March, the B.1.617 variant has been reported in at least ten states until mid-April. What’s more, this strain has now reached at least 11 countries including the US, UK, Germany, New Zealand and Australia, leading to alarm[8,9]. As on 19th April 2021, B.1.617 is said to be on the rise in the UK, albeit linked to sources of travellers from India[10].

What can be done

Although the rising variants of concern are taking a toll on the health system of the country, masking, distancing, avoiding indoor mass gatherings and other basic precautions, and the 3Ts (Test, Trace, Treat) still remain as the preventive strategies against all types of the SARS-CoV-2 virus. With a recent report[11] confirming the air-borne nature of SARS-CoV-2, experts vehemently recommend N-95 or N-99 masks, and a focus on proper ventilation of indoor spaces, while moving gatherings to outside while masking. Reuse of N-95 masks (without washing) and double masking in the case of cloth masks/surgical masks have been suggested in resource limited settings, and also in the interest of the environment. Moreover, mask wearing etiquette needs to be practiced at all times, a mask is only as effective as how tight fighting and well covering it is over the nose and the mouth. (Think of this as how useful a helmet dangling from the hand of a rider is, in protecting against injuries, versus one on his/her head).

Vaccinations will be the ultimate shield for building immunity to this virus, which anyone eligible should sign up for. Natural immunity, that is, immunity from a viral infection, has been shown to last only a few months, while vaccinations with boosters as per recommendations allow the body to mount a stronger response against the actual infection, leading to milder symptoms and reducing mortality drastically. Vaccines are also shown to be effective against a variant of concern of the SARS-CoV-2 in Israel[12]. Incidentally as of 18th April 2020, Israel is no longer required to wear masks in public because the total number of cases have dropped to two digit numbers after two doses of vaccination were administered to nearly 60% of the country's population. With the announcement by the Govt of India on 19th April making everyone above 18 years eligible for shots from the 1st of May 2021, India can now invest in the building of vaccine-mediated immunity to race with the second wave of the COVID-19 pandemic.

Within months of the COVID-19 outbreak, it was clear that re-infection is possible due to waning immunity. Even after two doses of vaccine, individuals should follow masking and precautions to ensure a break in the spread of the virus, even though they may be protected individually from the severe outcomes of COVID-19.

Meanwhile initiatives like the INSACOG will need to ramp up the sequencing of the SARS-CoV-2 viral genetic material to alert the nation of fresh outbreaks and chances of immune escape, including vaccine-mediated. Currently, INSACOG aims to sequence about 5 percent of positive samples from selected states of the country. The emergence of B.1.617 and similar variants have only strengthened the dire need for the efforts of initiatives like the INSACOG.

Samatha Mathew is a researcher at the CSIR Institute of Genomics and Integrative Biology and can be reached at @Samatha_Mathew on Twitter
All opinions expressed are personal and do not reflect the opinion of their employers or organizations associated.
B.1.617 covid-19 CSIR-IGIB Genome Genomics India INSACOG lineage SARS-CoV-2 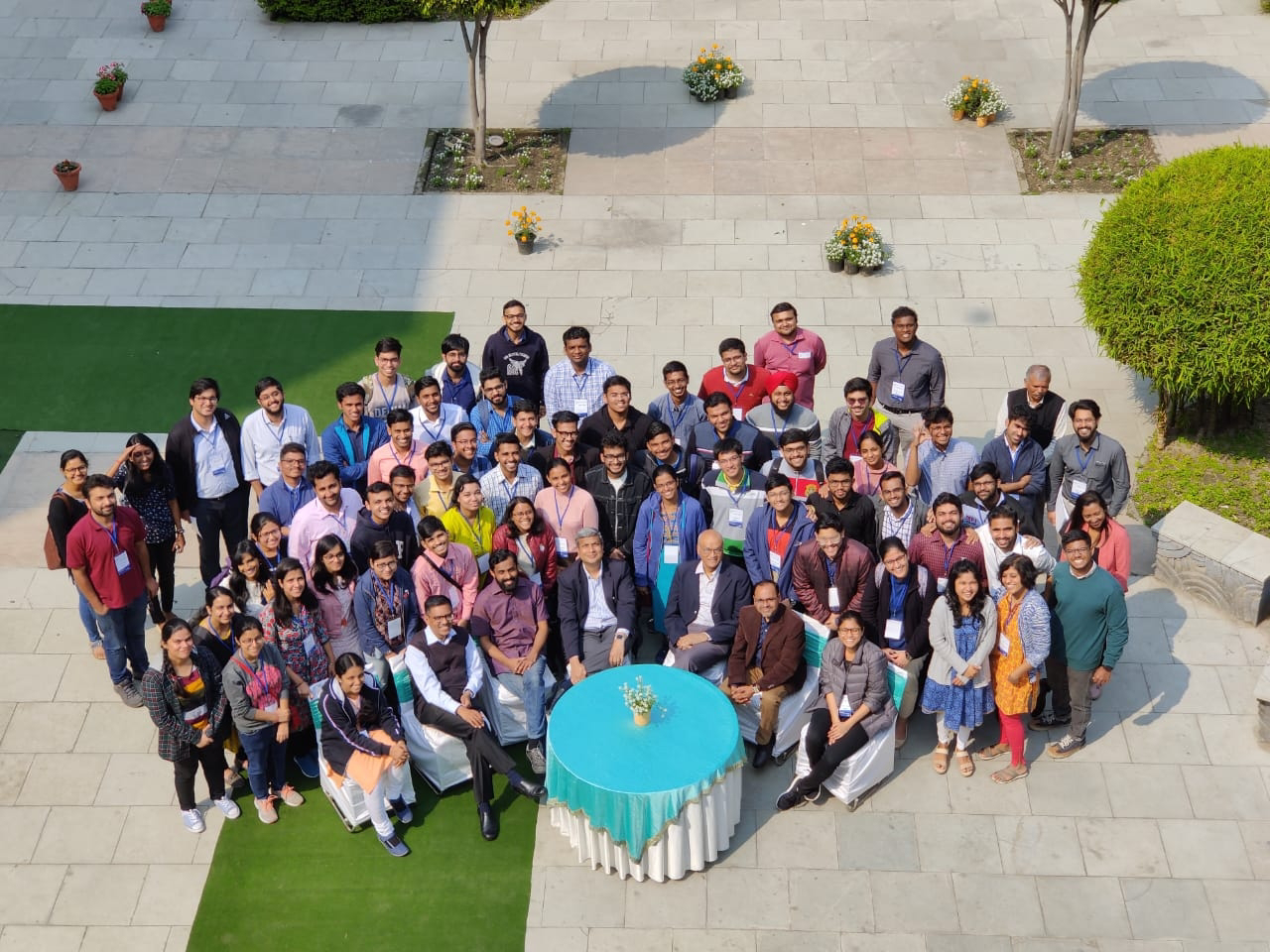 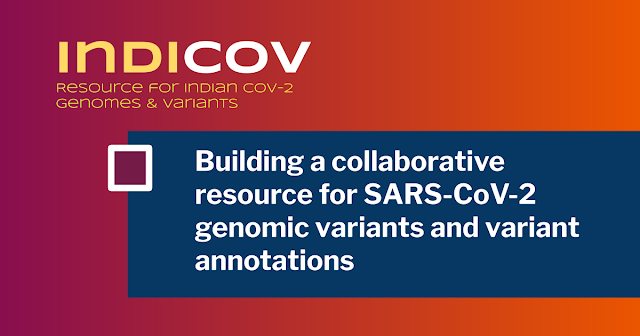 COVID-19 has now emerged as a global pandemic affecting lives and livelihoods across the globe. This pandemic of global proportions has also accelerated approaches to understand the pathogen, SARS-CoV-2 or the novel coronavirus and understand the dynamics and epidemiology of the epidemic at global as well as local scales. One of the approaches where scientists have come together to understand the epidemiology of the epidemic is through genome sequencing of the pathogen. Closely following the outbreak in Wuhan, researchers from China shared the high quality genome sequence of the virus, now popularly known as the Wuhan Hu 1 isolate (Genbank NC_045512) and widely considered as the reference genome. The months which followed has seen multiple laboratories share the genome sequences of isolates from their respective countries in an unprecedented fashion, possibly making it one of the best examples of the #OpenData movement. It is estimated that more than 40,000 genomes of SARS-CoV-2 isol